An Owl or a Brother / Sister, Which Would You Pick? 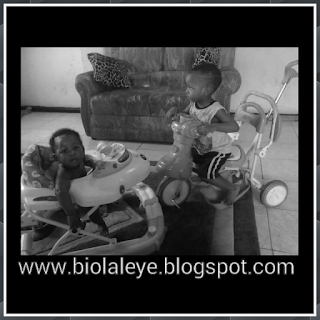 'Brotherhood of the brothers' 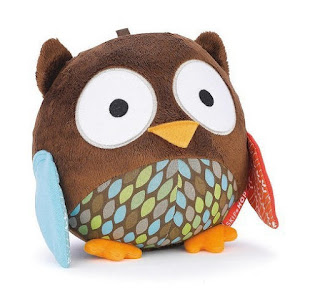 I just saw / read about the sweet little girl who innocently plans to sell her younger brother for $54 (in exchange for a toy owl) and I couldn't help chuckling to myself.

Little Rachel would 'sell' her brother because she wanted a toy owl and because 'something in him is wrong'.

Never mind that she would later go back to the Pet Store after having her fill of the beautifully quiet and trouble-free owl to see if he is still there and possibly buy him back for $1 but just how funny is that and where in the world do these innocent thoughts and words come from?

This sure made my afternoon and I'm just here, smiling to myself while wondering what poor little Jason would be doing in the Pet Store even though he is bound to have some really cool company in there.


See those little guys up there in the first picture?

They can fight for Africa...err...I take that back, they can quarrel for the entire planet. If ever there was a contest for sibling squabbles, they would easily win, hands down or up or in each others faces, wherever.

I am 101% sure D1 would not hesitate to give D2- his annoying younger brother away, free of charge if given half the chance.  Haha.

I bet my lil man as well as big sis Rachel have no idea yet what human trafficking is and cannot be bothered so long as the troublesome-pain-in-the-neck younger one is sent away, for a while.

On this side of the screen, the squabbles have gone up several notches and our ears would gladly take a little break away from constantly hearing D1 complain about how something is wrong with D2 because he is 'soooo' stubborn, naughty, always causing trouble, pushy, crying unnecessarily, etc.

Stay around D2 for 5 - 10 minutes and you are guaranteed to empathize / agree with D1 that lil bro is 'annoyingly' more than a handful and could definitely try the patience of the most patient and saintly elder brother but then the life of a big bro couldn't be more fun, could it?

What would I do without those annoyingly headache inducing naughtiness -from both of them, squabbles and constant telling on each other? Not much besides being bored to death.

Not that the long-suffering-supposed-to-be-more-mature elder bro is a saint too considering that he matches lil bro whine for whine and trouble for trouble on the naughtiness scale but reminding him of that would amount to taking sides with the naughty lil bro. Don't tell him I said that now, will you?

The 'fights' are sometimes easier to ignore than to break up, of course, after ensuring nobody is getting hurt with words or blows but I wonder what life was like before Abel was born bringing rivalry in tow.

Considering all, I daresay a pet owl might be the real deal -for Rachel and D1 just because it is much more fun to be with, doesn't talk back or whine, doesn't interrupt when somebody else is talking (without saying 'excuse me'), doesn't fight for paintbrushes or paints and Lego...and wait for this, an owl would be extremely respectful and wouldn't dare disobey or disrespect his 'elders' like D2 sometimes does.

But as much as trading in lil bro for a pet owl is guaranteed to be more 'fun', D1 as well as Rachel might graciously think through their actions and get the troublesome-pain-in-the-neck lil bro back before stepping out of the toy store just because they would definitely miss annoying the living daylight out of lil bro.

The something that is wrong in him might eventually turn out to be the deal maker after repeatedly enjoying some boring one-sided play / conversations with the sweet and quiet owl.

And what about all of those naughty as well as thoughtful things an owl could never ever do?

Like cheekily saying I'm sorry after being 'deliberately' naughty, joining 'forces' to gang up against mummy for some undeserved treat...chasing after big bro to 'forcefully' get a hug when it is least expected...getting in the shower together and splashing water all around, playing football together with big bro as the undisputed captain as well as referee in the long corridor, playing house with big bro as the 'daddy' of course, competing to see who finishes dinner first or who swallows the meat/fish first, etc.

An owl is fun but a younger bro/sis is much more troublesome fun, for life...here's hoping D1 as well as Rachel would agree with me.

Popular posts from this blog

July 05, 2014
Totally unrelated to superheroes but it's what we're watching as I type this So we love Spiderman...Superman...Hulk as much as we love Old Trafford. It's official. Because I belong to an all-boys clan and if you can't beat them.... *sigh*...
4 comments
Read more

Once Upon A Crisis

September 18, 2013
Source *Long Rambling Alert* It was my penultimate semester and the day started like any other Thursday on campus for me. I joined my BFF, T to go join the other ‘Cadets’ for our early morning routine, jogging round the campus, singing and then converging at the sports complex for the last lap of our parade. (Ask me who or what we were training for)
16 comments
Read more

Maternal Mortality: A Fatal Error...one too many

November 07, 2015
She was shivering and sweating profusely as her hubby stood by wiping the beads of sweat off her fevered brow. Her brave clear eyes sparkled with unshed tears as she struggled to keep faith in line with the many verbal admonitions. As she had been doing for 5+ painfully long weeks. Bravely enduring the pain wracking her entire being with all the tubes passed into her, the thirst and hunger...muttering to herself at intervals...praying the pain would go away...praying she would walk out of that room to be with her baby...praying the administered drugs would work the required miracle...keeping faith... Faith...
Post a Comment
Read more